Founded in 1867, this Parisian silver manufacturer creates gorgeous high-quality cutleries that depicts exquisite workmanship. Named after the French village in the region of Oise, Ercuis belongs to the luxury class of silversmith’s art.

Adrien Célest Pillon, who was a priest on the village of Ercuis founded the company that specialized in creating artistic silverware collection. His vision for the manufacturing unit was to employ the fellow men, develop the village and secure a financial future. In 1880 Ercuis brand took a step further, the workshop expanded into a shop in Paris. Soon after establishing the factory, the company started growing rapidly in the production of magnificent Ercuis flatware. 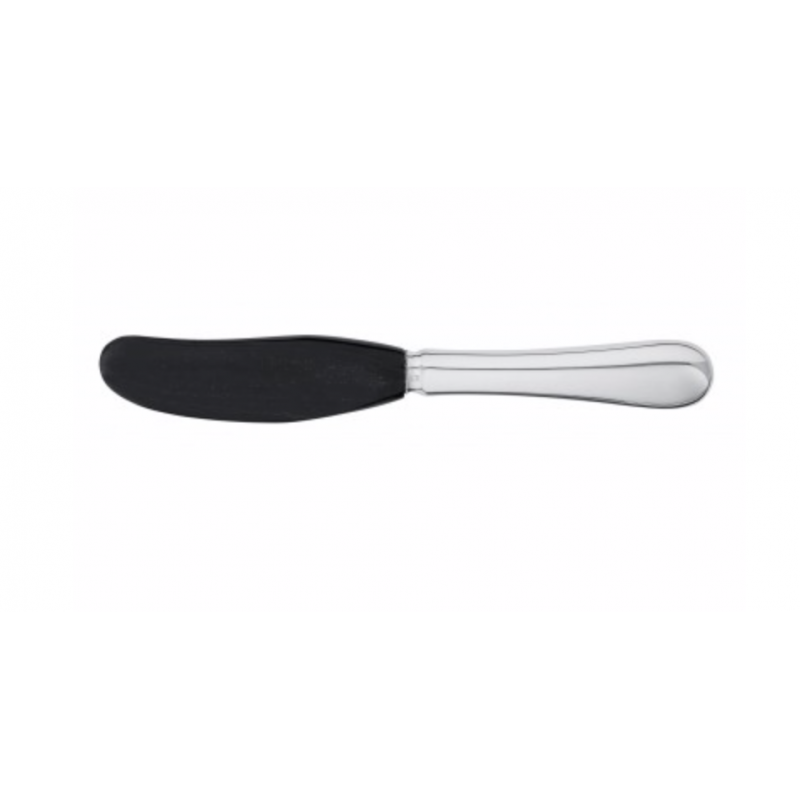 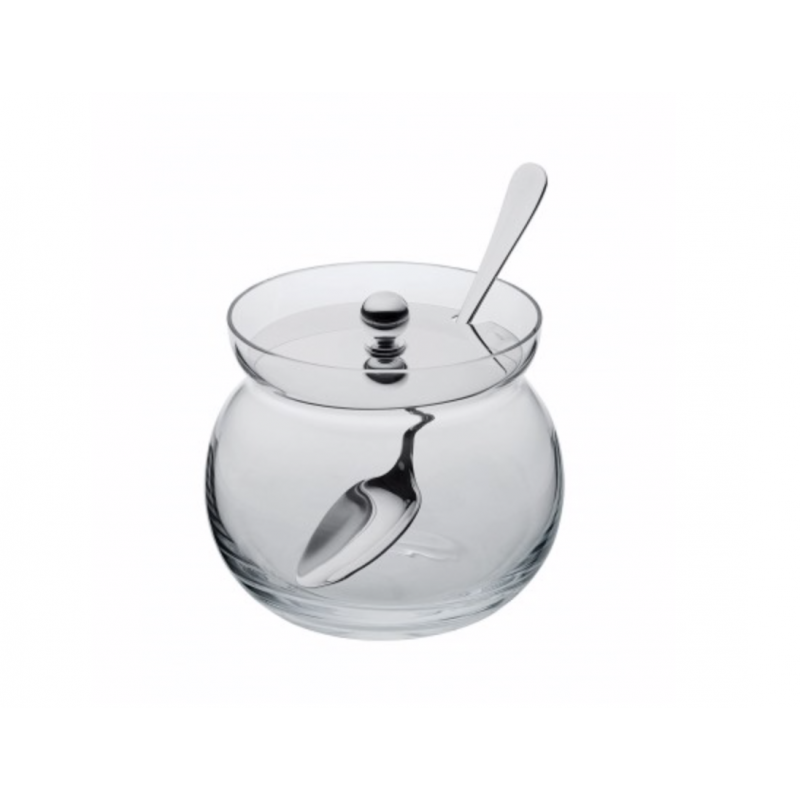 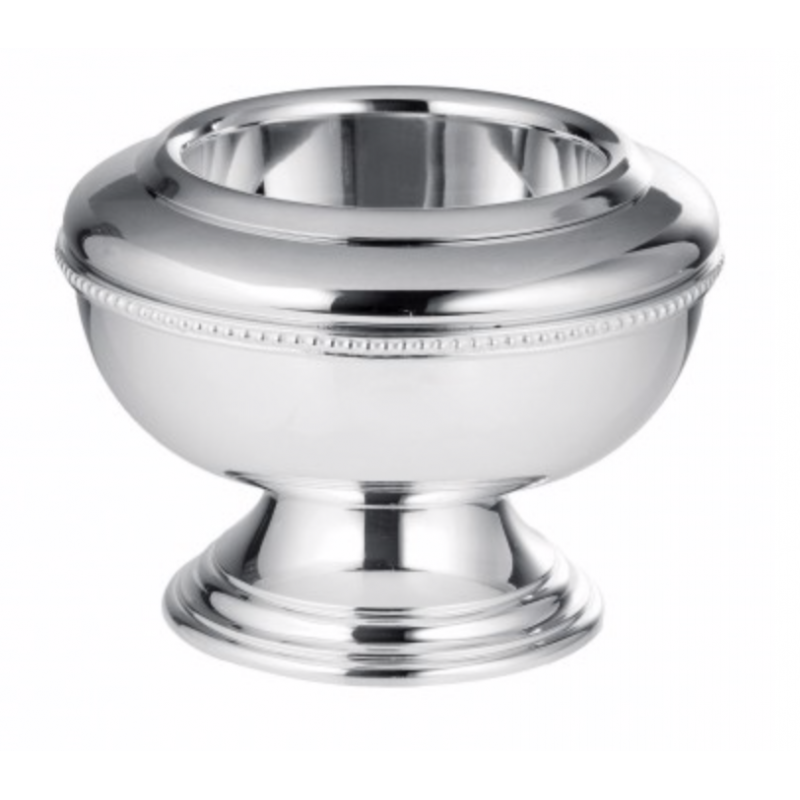 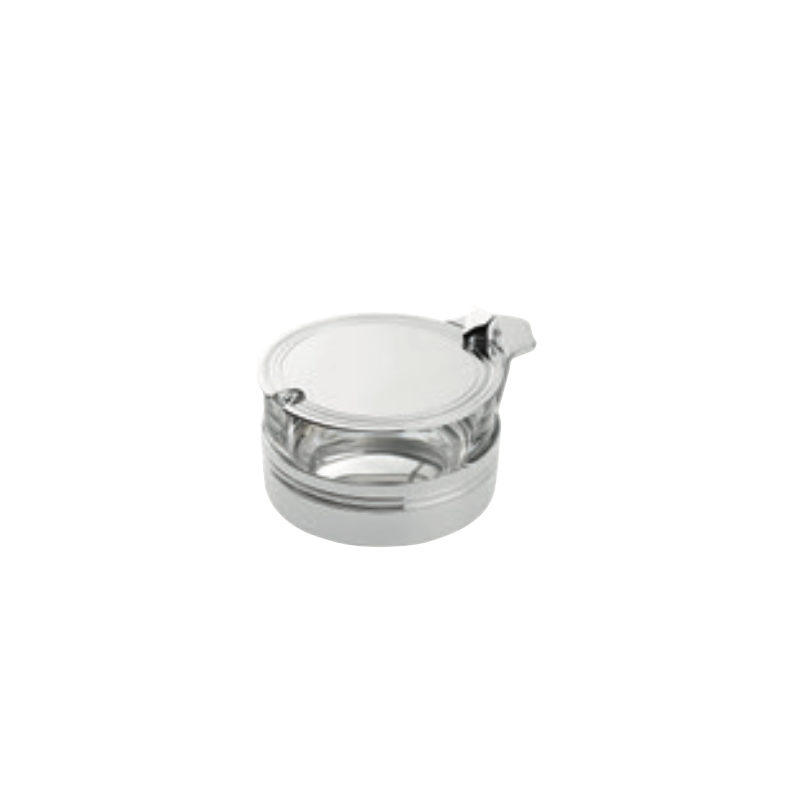 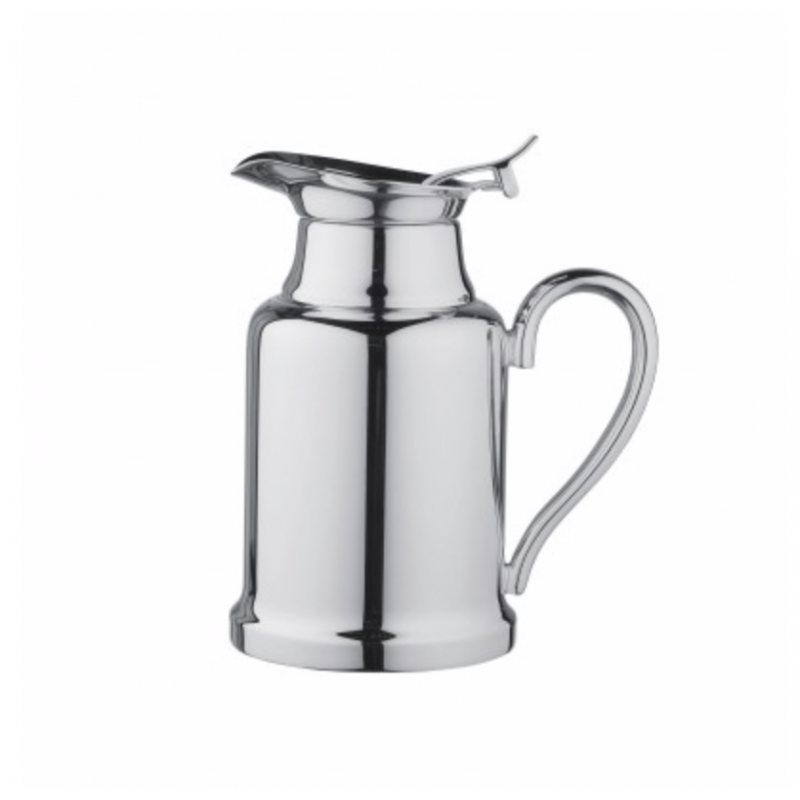 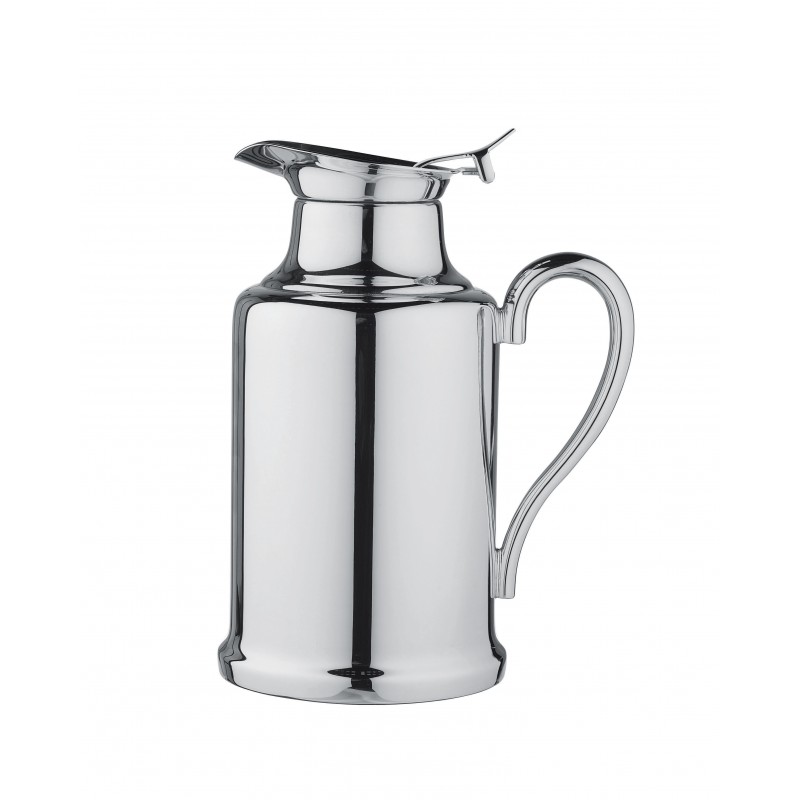 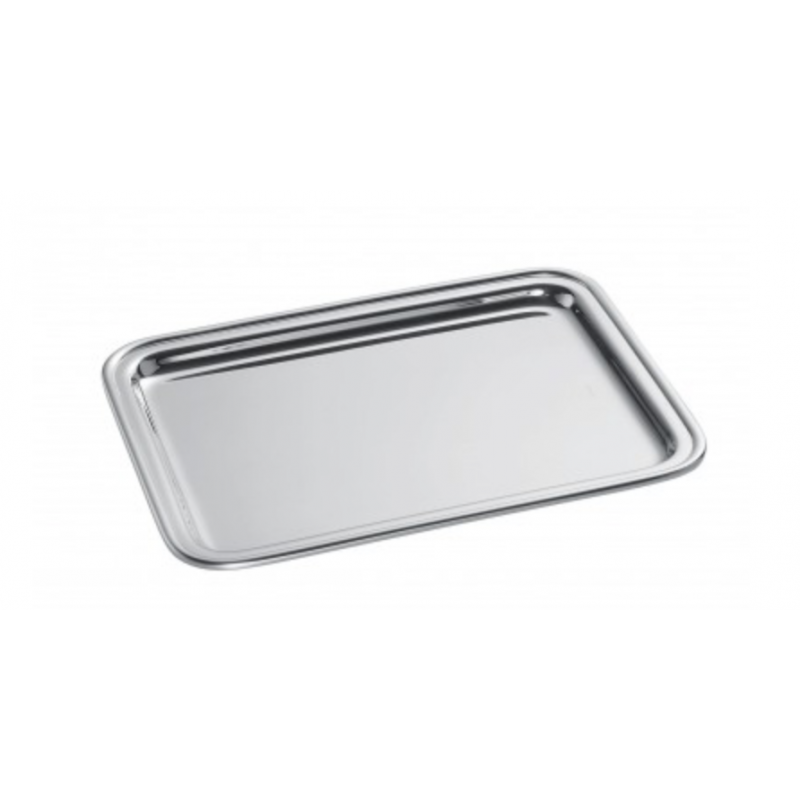 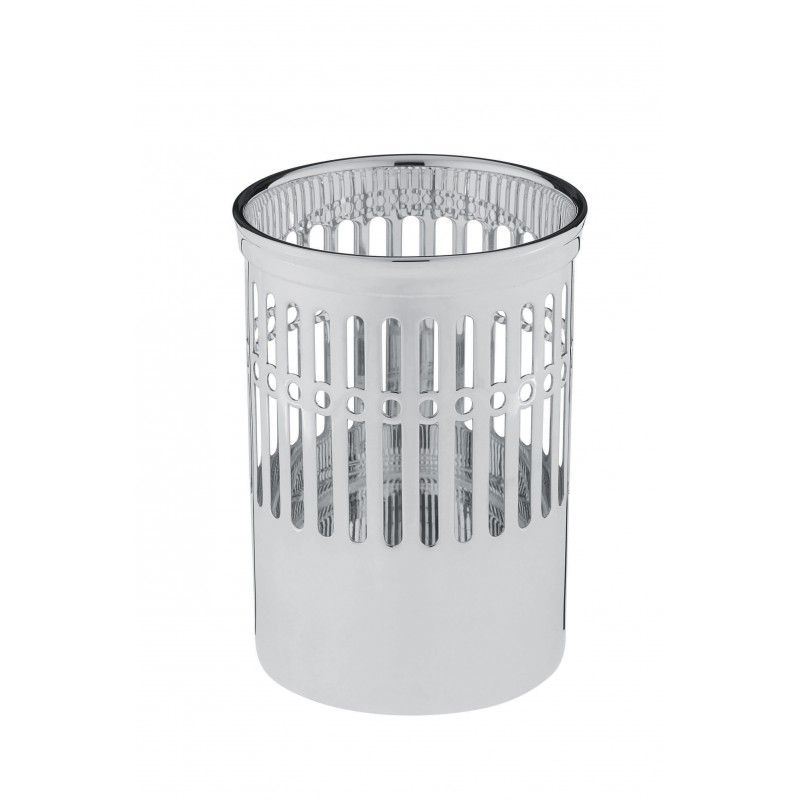 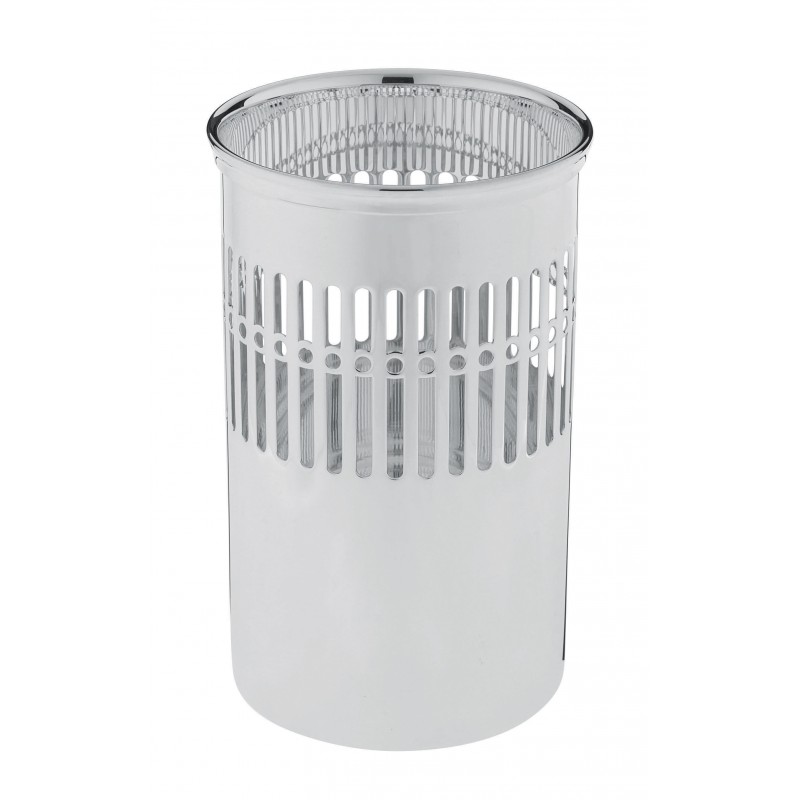 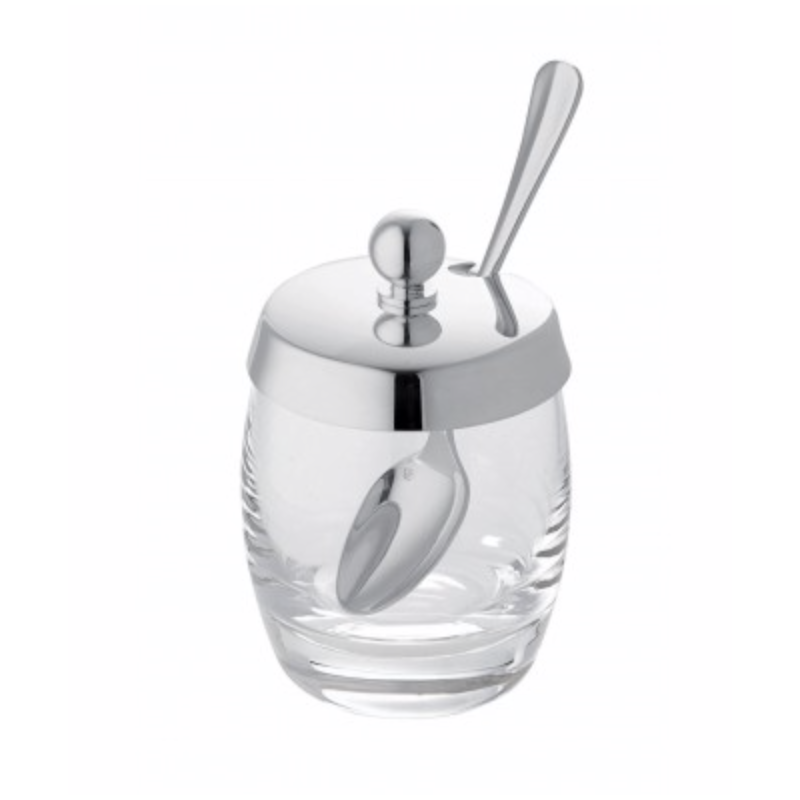 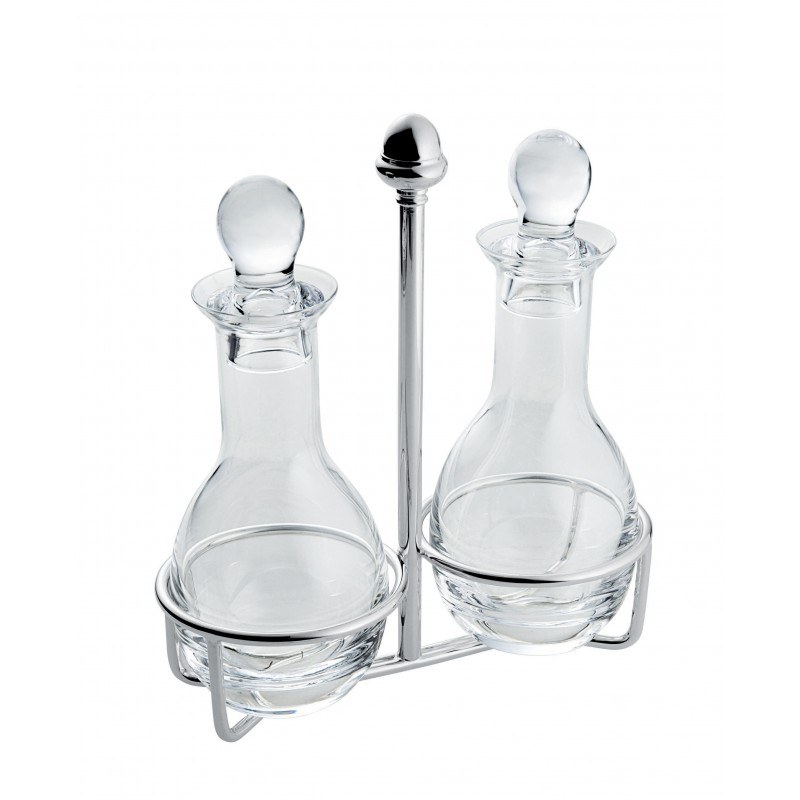 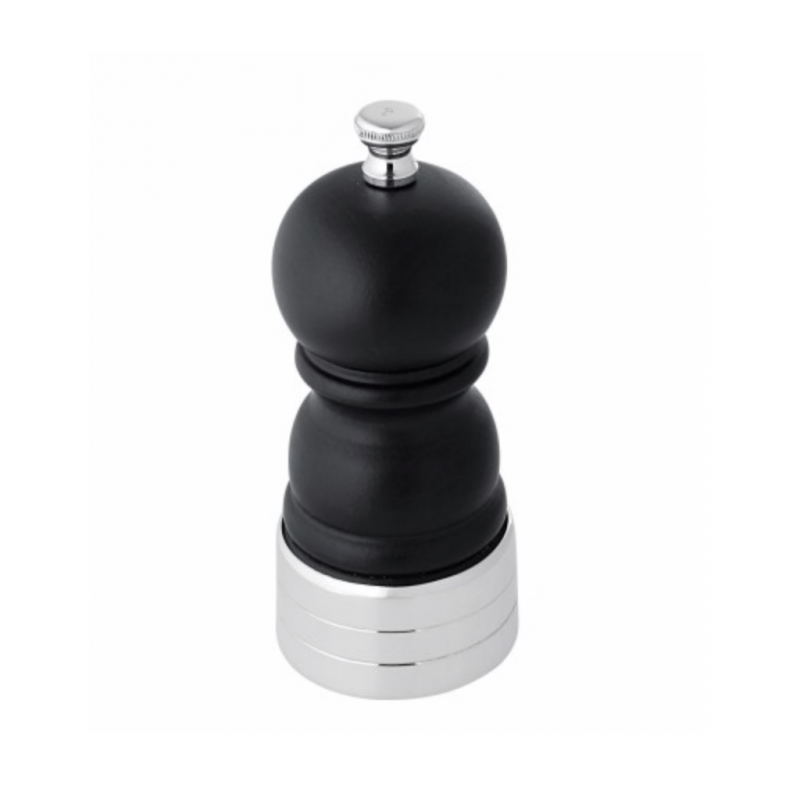 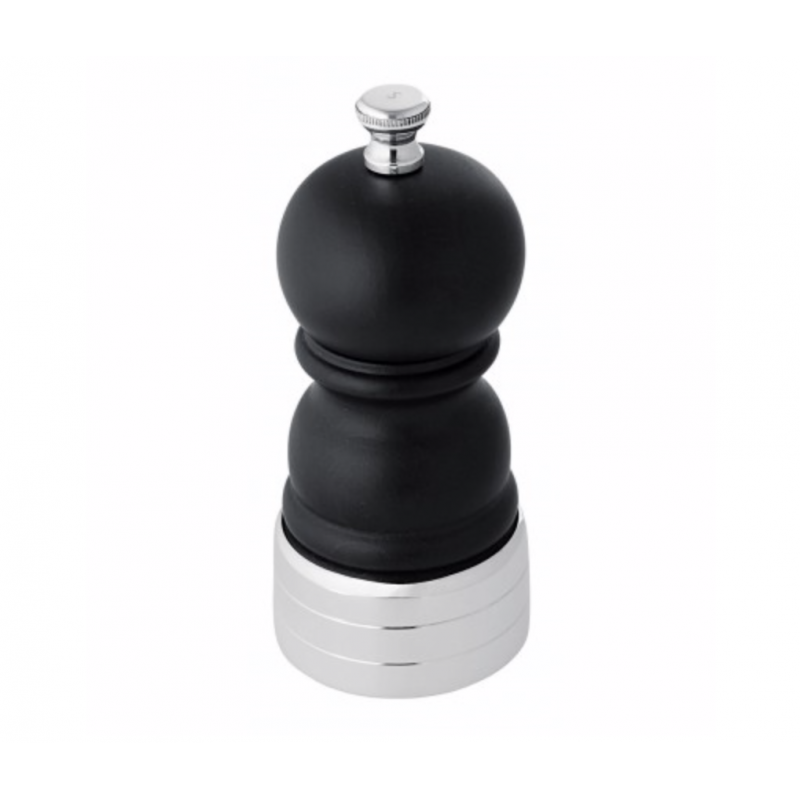 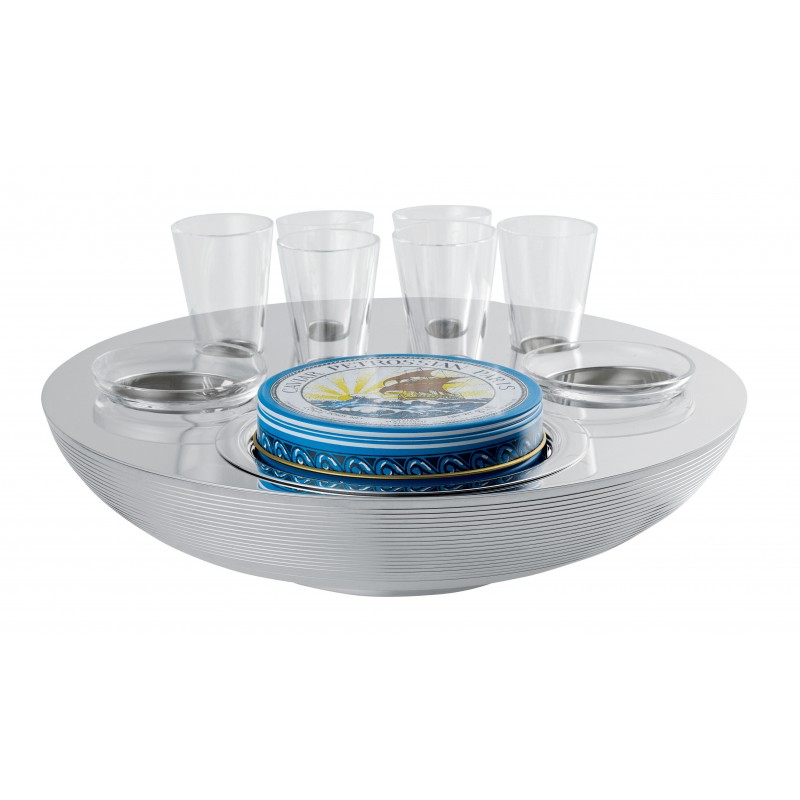 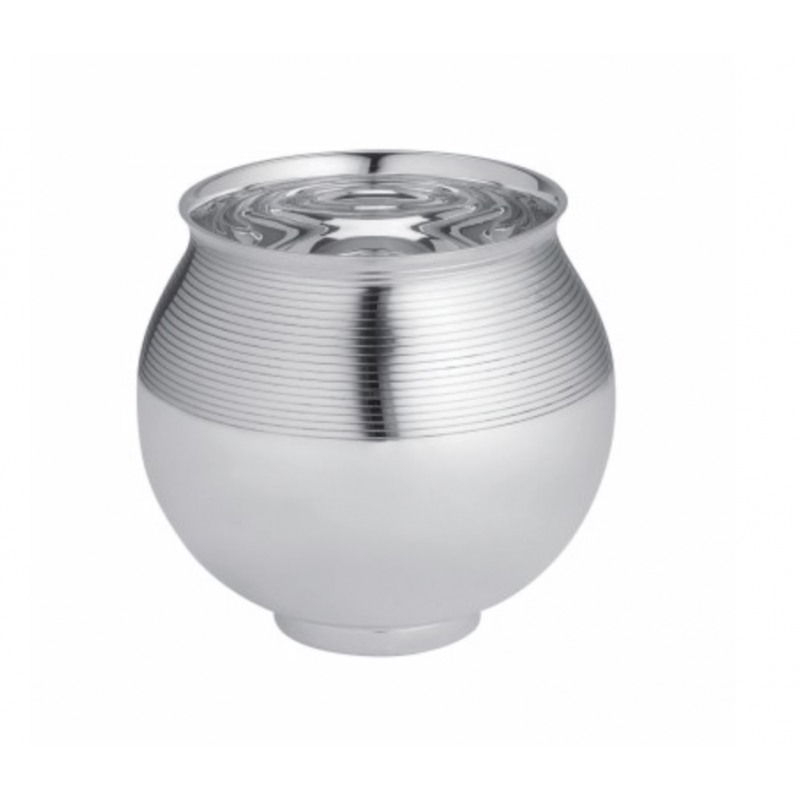 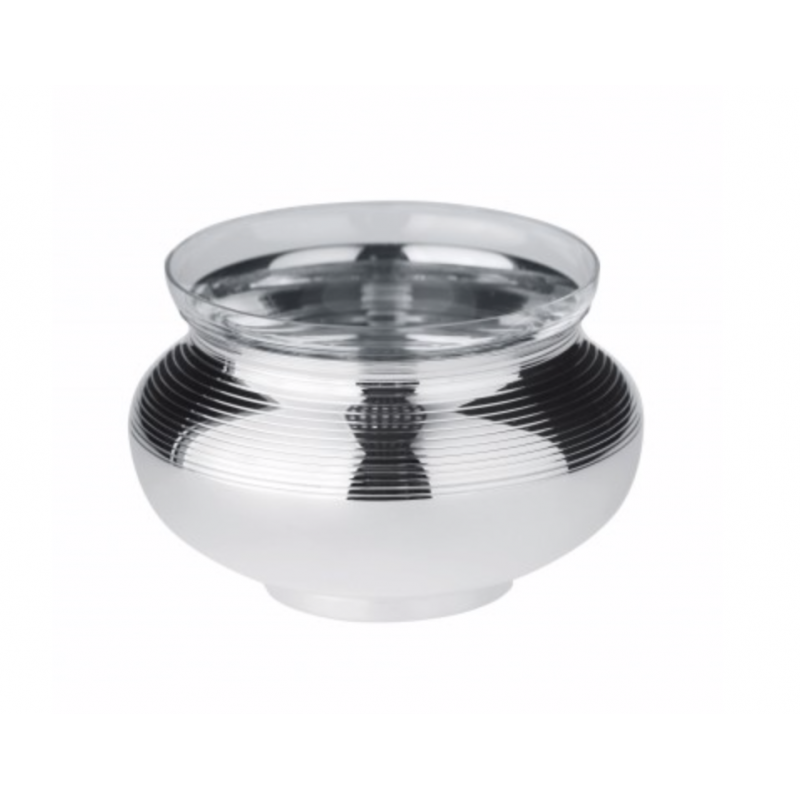 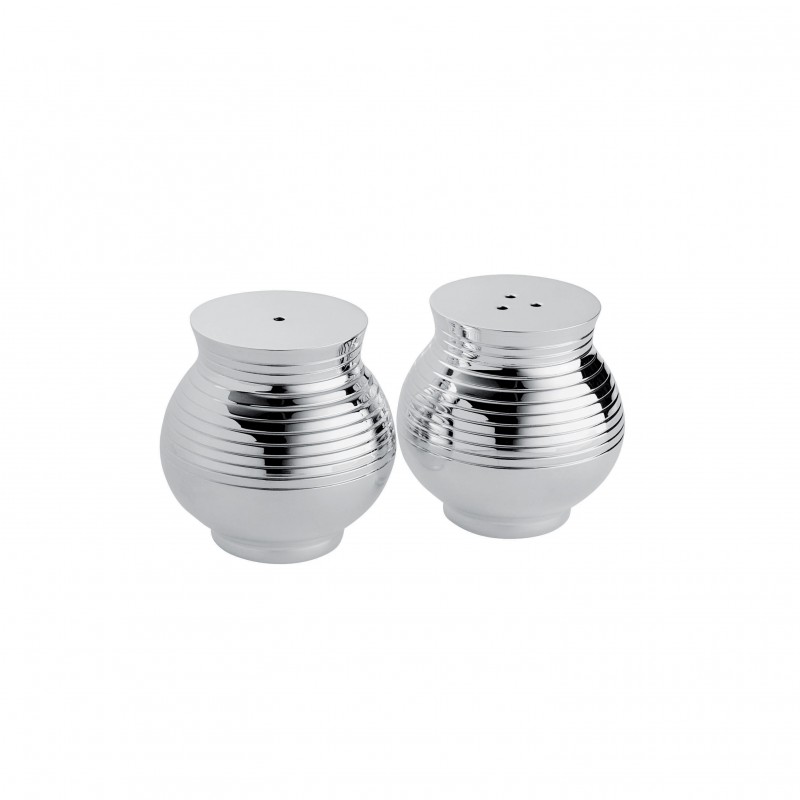 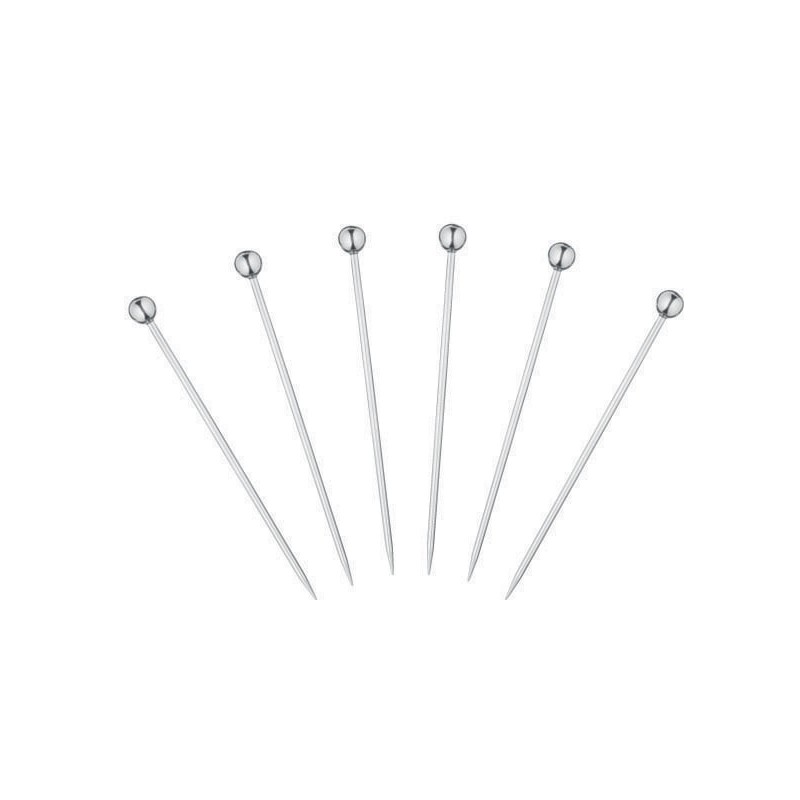 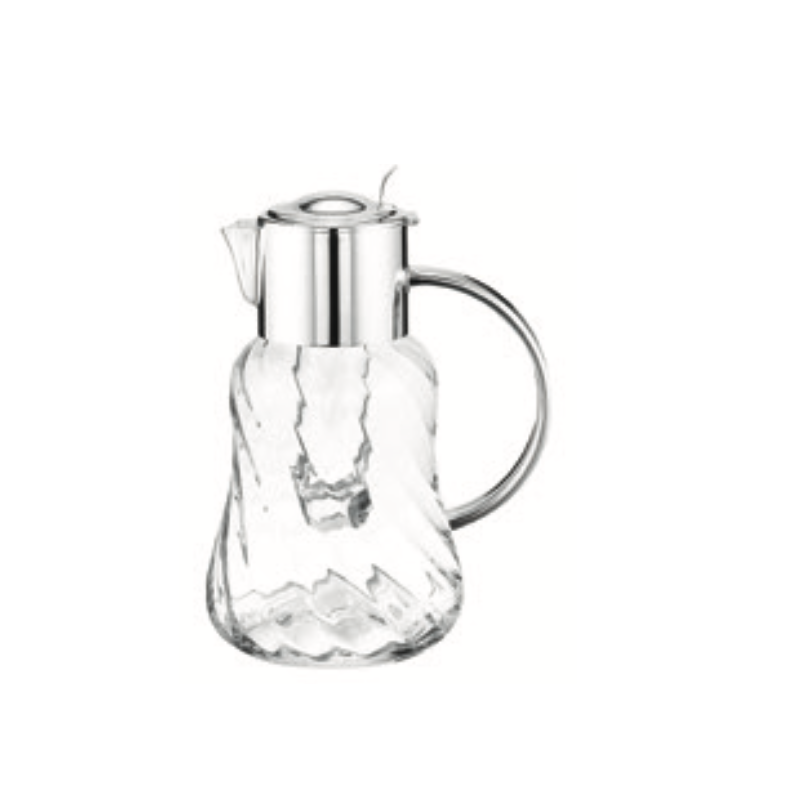 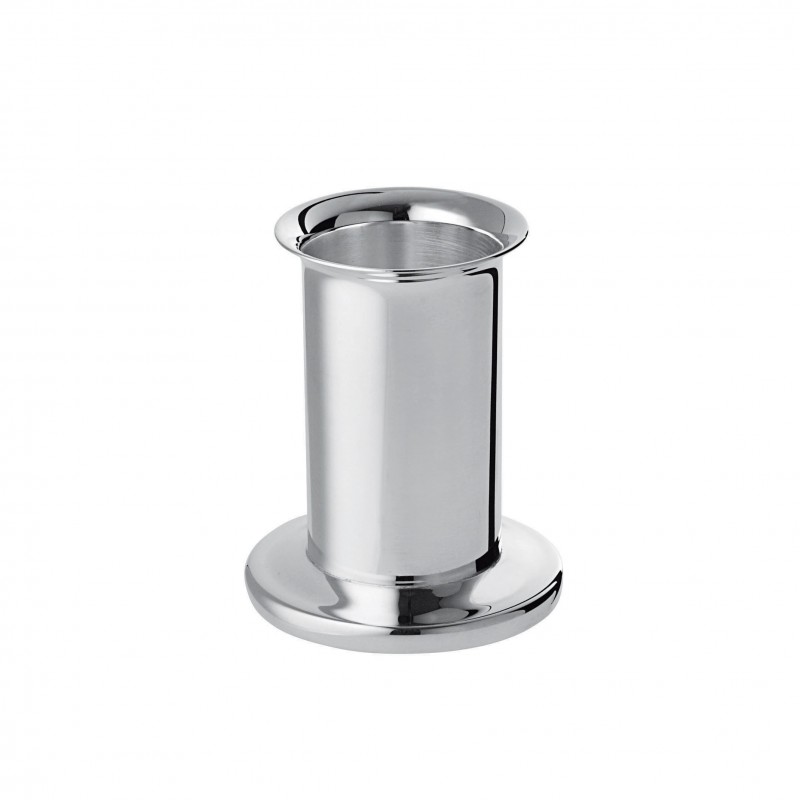 Taking its name from the French village of the Oise region, Ercuis belongs to the luxury class of goldsmithing art. Luxury is living and sharing with people you choose, some moments out of time, that belong only to us. Through its culture of money, the Ercuis factory sheds light on French know-how on the most beautiful tables in the world, and places the full extent of its creativity at its service. The magnificent high-quality Ercuis flatware is simply the representation of age-old expertise combined with the exquisite meticulous work of its master craftsmen.

Palaces, starred restaurants, private jets, yachts, and family dining rooms are all precious settings where Ercuis flatware has found its place, and offers the best of the French art of living. You will find on this page a renewed collection enriched with many new products, and references that multiply styles and functions. Thanks to Ercuis House, set up an exceptional table to create unforgettable memories. Witness of generosity, it enhances all that we share there. Around the world, Ercuis is often directing these suspended moments.

No one would have believed at the time that the religious goldsmithery business created by Father Adrien Céleste Pillon, young Ercuis priest, would be what it has become today. A visionary in 1837, he wanted to create a workers' city in Ercuis, where the workforce was pouring in. Thus, he undertook the moral and economic restoration of his parish: he drew up roads, created a school, and launched a newspaper which met with great success. In 1867, he founded a company of « artistic goldsmithery, relief enamels, copper plating, silver plating, gilding and wire drawing », which developed rapidly. But very quickly the religious authorities dismissed him from his duties.

However, the Ercuis goldsmith did not cease its activities. After being specialized in religious arts, the company turned to tableware, and created a first shop in Paris in 1880, in the 10th arrondissement, followed by other shops in large European cities such as London. The activity has tended to evolve; the Ercuis flatware was developed considerably alongside the table gold pieces. The hotel industry also became a clientele of primary importance; Ercuis was present from the beginning of the 20th century in the great Riviera and Basque coast hotels...

The 1970s marked a turning point in the company’s future: major works were undertaken at the factory and the creation turned to more contemporary forms. Over the next two decades, Ercuis consolidated its expertise by acquiring in particular two major French goldsmiths; Ravinet d'Enfert, who had a very fine collection of flatware, and silverware which advantageously complemented the Ercuis prestigious collection. The launch of new collections, always as magnificent as each other, confirms Ercuis' place among the greatest French silversmiths, at the beginning of the year 2000.

Today, Ercuis is one of the best luxury brands most in demand in the furnishing of yachts, exclusive residences, luxury hotels, and star restaurants. From silver Ercuis flatware to silver metal frames, its product ranges are vast and go beyond silverware. Ercuis silverware is a perfect blend of traditional craftsmanship and modern designs. Quality, fine detail, and passion are the essence of the brand and are beautifully reflected in all of its products. The hallmarked manufacture of Ercuis flatware, and shaped pieces, calls for numerous manual operations, carried out by expert goldsmiths by carrying out very specific manufacturing steps. This precious know-how inherited from the 19th century and transmitted from generation to generation, makes Ercuis one of the greatest French goldsmiths. From its factory, north of Paris, raised by the talent of goldsmith artists, Ercuis sheds light on French know-how on all table cultures.

Ercuis honored the flatware and brought it a new dimension

In terms of gastronomy, we firmly believe that the exposed flatware must be the best. As always, we bring you the most luxurious brands that produce magnificent collections, so we offer you the splendid Ercuis collections. This luxurious French house, in other words, is a singular openness, a diversity of styles, and a prodigious repertoire of techniques which argue for extreme curiosity.

For Ercuis silver metal flatware, the Manufacture uses nickel silver, an alloy of copper, zinc, and nickel. Its high nickel content makes it a harder, whiter, unalterable, and rigid material, and allows better silver adhesion. Ercuis manufactures its flatware in a thickness greater than market standards. When it comes to solid steel flatware, the House selects the best stainless steel to obtain a flawless final appearance. The silver flatware is made in 925 ‰ guaranteed by the hallmark of the 1st title at the head of Minerva.

Each product is a work of art which demonstrates the know-how of the Ercuis French goldsmith. Their versatile, high-quality products are of unparalleled charm. Discover among other things in our selection the magnificent Transat collection. This line of table accessories sublimates sleek contemporary forms that evoke the 1930s and 1940s, when Ercuis fitted legendary liners such as « Île-de-France », « Normandy », or « Le France ». Round and generous lines, decorated with elegant finely engraved threads, are great classics of goldsmith work and emblematic of Ercuis know-how. The Saturne collection, brings together bar and table objects with essential lines. A silver ring carefully welded by the best goldsmiths, replaces coves and handles in a contemporary spirit, associated with a « mirror polished » finish for an elegant line... the time spirit imagined by Ercuis! As for the Regards goldsmith's collection, it now brings together the great classics of Ercuis flatware. Timeless, composed of essential references, and also accessories dedicated to the hotel industry, for a five-star service...