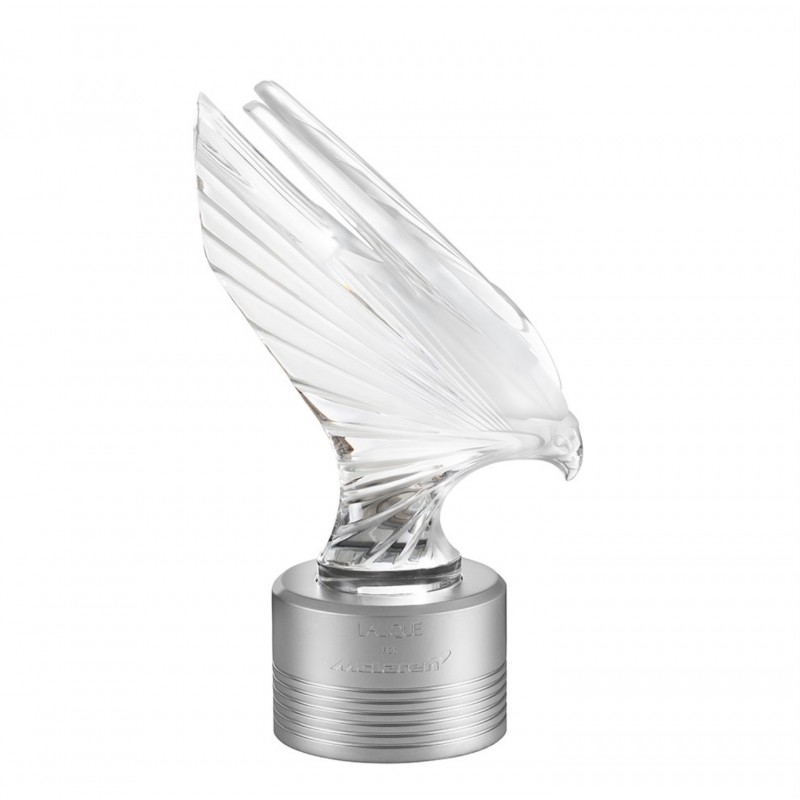 Resulting from an exceptional collaboration between Lalique and McLaren, the Essence of Speed collectioncelebrates the values of performance and excellence shared by the famous crystal maker and one of the most iconic and successful teams in Formula 1 history. The collaboration between McLaren and Lalique is a perfect fit. Both are leaders in their fields, with passion and dedication at their heart and a shared inspiration drawn from nature.

McLaren possesses an outstanding racing pedigree and, over the years, has honed its expertise and pursued a relentless quest for speed in its cars, which are renowned for their engineering art. René Lalique was also inspired by the other natural forms of “Flore, Faune et Femme” (flora, fauna and the feminine) and his iconic car mascots reflecting all three were some of his best-known pieces created in the 1920s and 1930s.

Fashioned in satin-finished crystal, emblematic of Lalique, the Flying Falcon is the second design after the Cheetah. It comes in a smaller standing edition, limited to 375, the same number as the limited edition P1 supercar.

Lighted base by LED.The lighted sculpture is nomadic and can be recharged thanks to an electric cable. The autonomy before recharging is 8 hours

Limited edition of 375 pieces, piece delivered with a certificate of authenticity mentioning its number