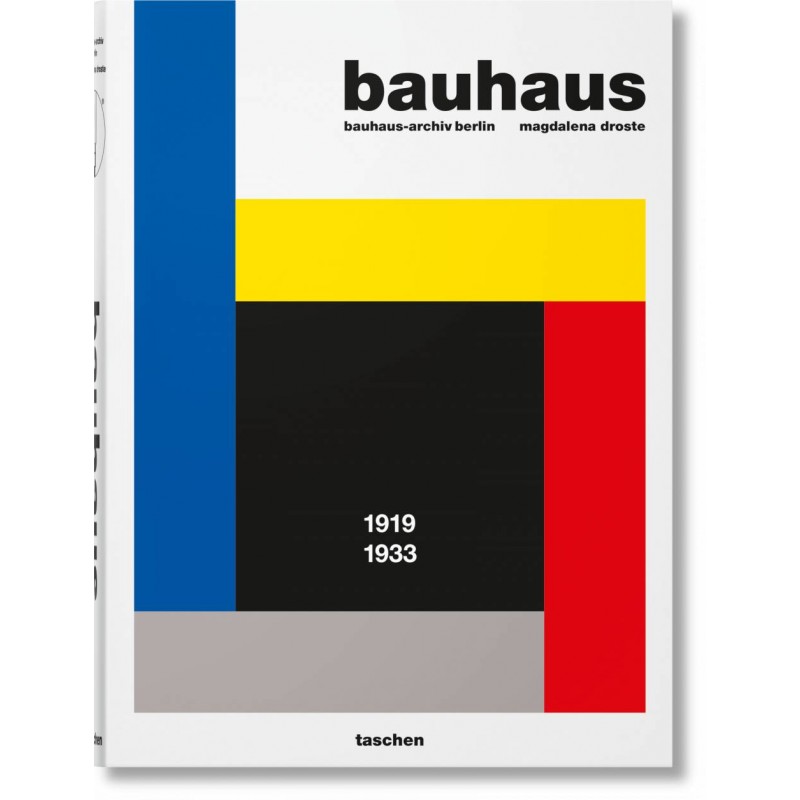 The Best of Bauhaus

The ultimate reference in a revised and updated edition

During the brief 14-year period between the world wars, the German Bauhaus School of Art and Design changed the face of modernity. Putting its utopian ideals into practice, this pioneering school set out to unite fine art, craft, and technology, a fusion that was applied to artistic media and practices from film to theater, sculpture to ceramics.

This book was produced in collaboration with the Bauhaus-Archiv/Museum für Gestaltung in Berlin, which houses the most important collection on the history of the Bauhaus to date. Documents, studies, more than 250 unpublished photographs, sketches, plans, models and prototypes trace the works produced as well as the great principles and personalities that formed this collective of idealist artists, over the course of its three locations in Weimar, Dessau and Berlin. From snapshots taken during gymnastics sessions to sketches made by Paul Klee's students, from huge architectural plans to Marianne Brandt's elegant ashtray, the collection vibrates with the colors, materials, and geometric shapes characteristic of the "total" work of art, a concept at the heart of the Bauhaus vision.

As the Bauhaus celebrates its centennial, this reference book perfectly encapsulates the energy and rigor of the Bauhaus, which was not only a precursor movement to modernism but also laid the foundation for art education, according to which creative expression and innovative ideas would lead to works that were as functional as they were aesthetic. The book discusses the work of artists such as Josef Albers, Marianne Brandt, Walter Gropius, Gertrud Grunow, Paul Klee, Ludwig Mies van der Rohe and Lilly Reich.

Magdalena Droste studied art history and literature in Aachen and Marburg. From 1980 she worked at the Bauhaus archive in Berlin and later as a professor of art history at the BTU Cottbus. She has contributed to numerous exhibitions and publications on Bauhaus-related topics and artists.