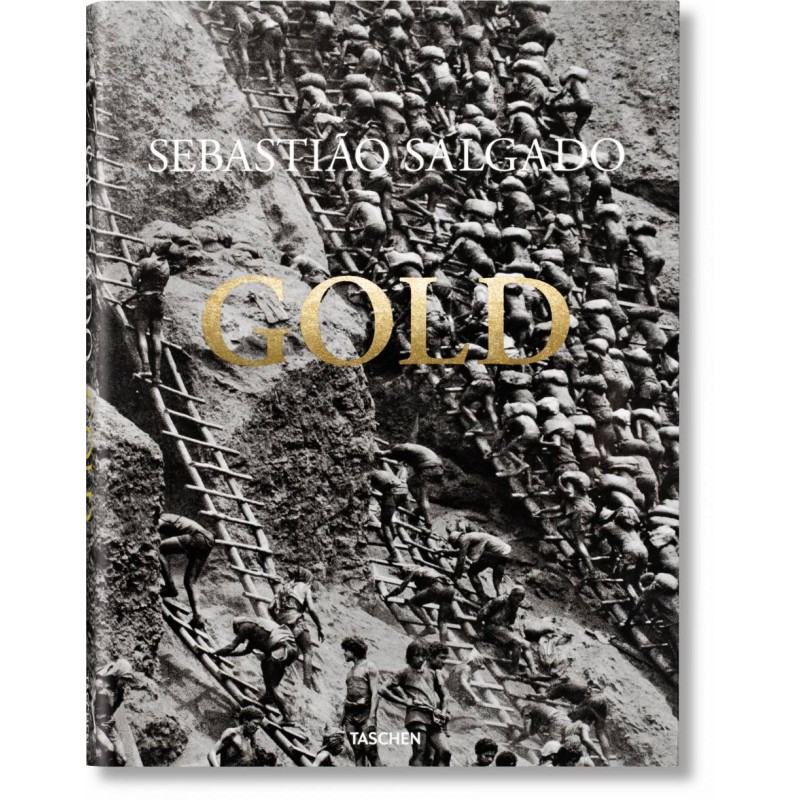 In the Brazilian gold mines with Sebastião Salgado

The haunting black and white images of Serra Pelada

"What is it about this yellow, lackluster metal that drives men to abandon their homes, sell their possessions, and cross a continent to risk their lives, limbs, and sanity in the name of a dream?"

When Sebastião Salgado was finally authorized to visit Serra Pelada, in September 1986, after six years of refusal by the Brazilian military authorities, he was not prepared for the staggering sight that awaited him on the edge of the Amazonian forest, at the scarred edge of this peeling mountain: a gaping hole, 200 meters deep and wide, where tens of thousands of nearly naked men were swarming. Half of them carry up bags weighing up to 40 kilos by wooden ladders, the others slide down the muddy slopes to plunge back into the dirty mouth of the mine. Their bodies and faces are ochre, oxidized by the iron ore like the earth they excavate.

When gold was found in one of the streams of Serra Pelada, in 1979, the small village became for a while the promised Eldorado, the largest open-pit gold mine in the world, where some 50,000 men toiled in appalling conditions. Today, the most savage gold rush in Brazil belongs to legend, maintained with a few happy memories, bitter regrets, and the photos of Sebastião Salgado.

At the time Salgado took these photos, color reigned supreme in the glossy pages of magazines. If black and white was a risky choice, the series devoted to Serra Pelada inaugurated a return to grace for monochrome photography, following a tradition whose masters, from Edward Weston to Brassaï, Robert Capa and Henri Cartier-Bresson, defined the great first half of the 20th century. When The New York Times Magazine received Salgado's photographs, something extraordinary happened: a complete silence. "In my entire career at The New York Times," recalls photo editor Peter Howe, "I've never seen editors react like this to a set of photographs."

At a time when photography is being absorbed by the art world and digital manipulation, Salgado's work is invested with a quasi-biblical quality and generates a sense of immediacy that makes it eminently contemporary. The Peeled Mountain mine may be long closed, yet the dramatic intensity of the gold rush still emerges from these images.

This book collects Salgado's Serra Pelada portfolio in its entirety, reproduced using the most advanced techniques, with a foreword by the photographer and an essay by Alan Riding.

About the photographer and author

About the editor and artistic director

Lélia Wanick Salgado studied architecture and urban planning in Paris. She became interested in photography in 1970. In the 1980s, she designed most of Sebastião Salgado's photography books and all the exhibitions dedicated to his work. In 1994, Lélia Wanick Salgado became director of Amazonas images (until 2017) and their Paris studio.

Alan Riding is a Brazilian-born English writer and former permanent foreign correspondent for The New York Times. After working in several branches of the newspaper, in Mexico, Brazil and France, and then as a European arts correspondent, he now writes for the theater. Living in Paris, like Sebastião Salgado, he has been a friend and collaborator since the 1980s.