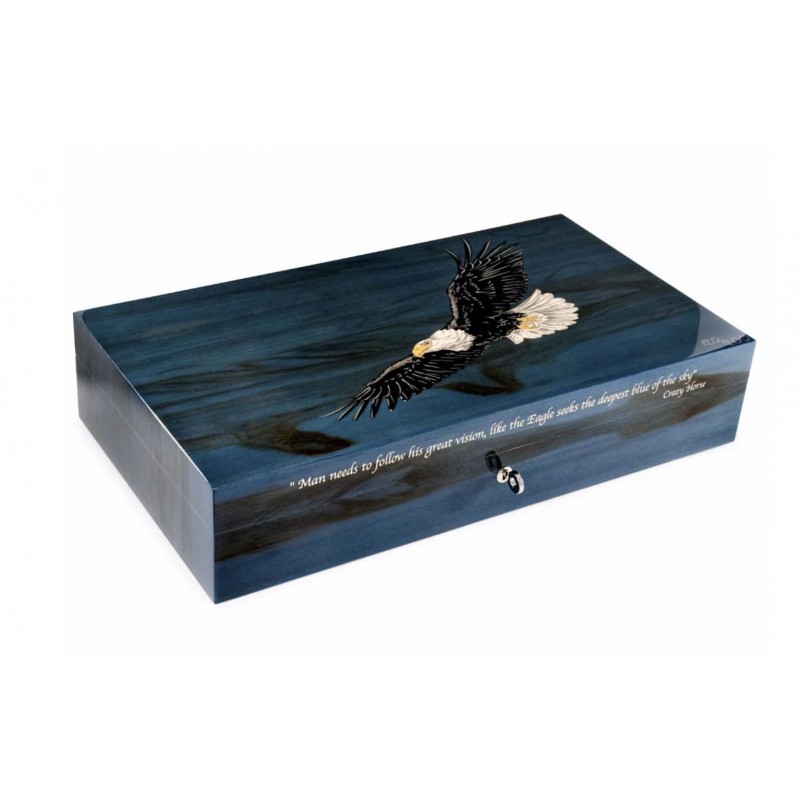 The eagle or bald eagle is a species of raptor that lives in North America. This raptor was a sacred bird in many cultures of the North American Indians who used its feathers for headdresses and religious costumes. The eagle is the national bird of the United States. It is one of the country's best-known symbols and appears on most official seals, including that of the U.S. President.

2 Humidifiers for the 110 cigars