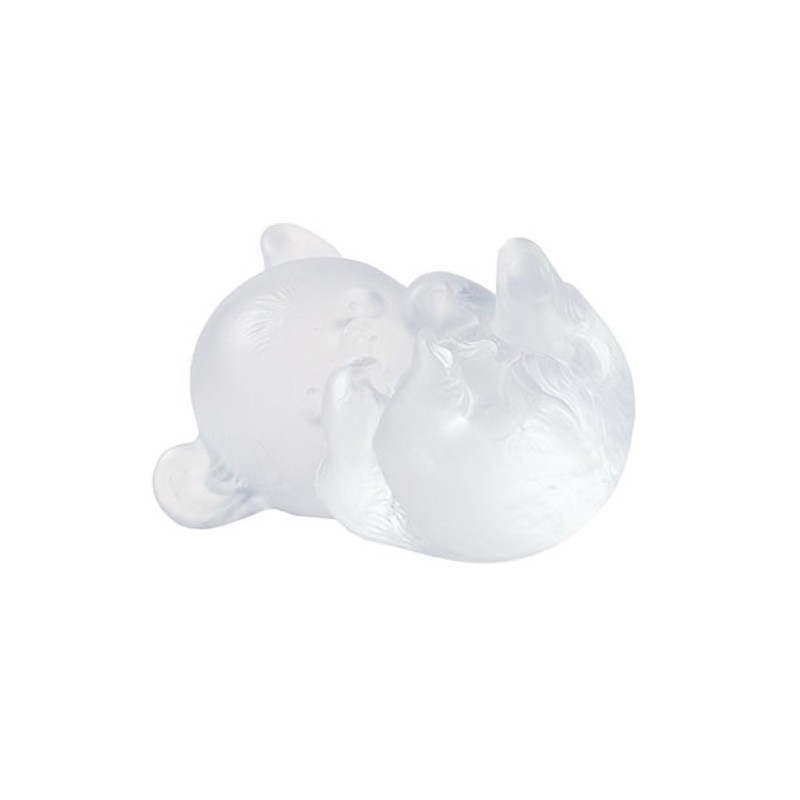 There is a sense of tenderness that emanates from his rounded mischievous figures. He captures a moment of life in the wild, a grooming gesture or a frolic on the ground. His gaze is open, the eyes soft and sparkling.

The newborn from the Lalique crystal factory, Yuan-Yuan and Meng-Meng, a seated male and a prone female, are both products of Han Meilin's fertile imagination. With an innocence that belies his 82 years, the Chinese artist marvels at the world through the eyes of a child. He grooms, sketches and models animals for the most part : digs, cats, tigers, monkeys and the like.

He draws his inspiration from a solid grounding in traditional Chinese culture, ranging from his fascination with ancient characters to cave painting, by way of folklore, traditional textiles and clay sculpture. "The national character is the root of my work", says the artist who has spent several decades collecting inscriptions, marks and symbols from all over China.

A fragile species, mentioned in ancient Chinese texts 3000 years ago, the panda reigns majestically over Han Meilin's artistic repertoire 2019 the savoir-faire of Lalique's artisans, enabled him to fashion two of this beasts in pure crystal.

Offered as diplomatic gifts in token of friendship since the Tang dynasty, the panda is the ultimate symbol of the bonds that link China and France.

Limited edition of 888.
Signed and numbered, certified by a signed edition certificate.

Your order should arrive in approximately 5-7 business days after shipping.

Please note that Tableware items are subject to delivery delays based on availability.

Delivery times are not guaranteed, notwithstanding additional charges, but are our best approximation and will vary with specific requests.

It is possible to collect the items you have ordered on sabrinamontecarlo.com in-store.

This service is currently only available in our Arts de la Table store: 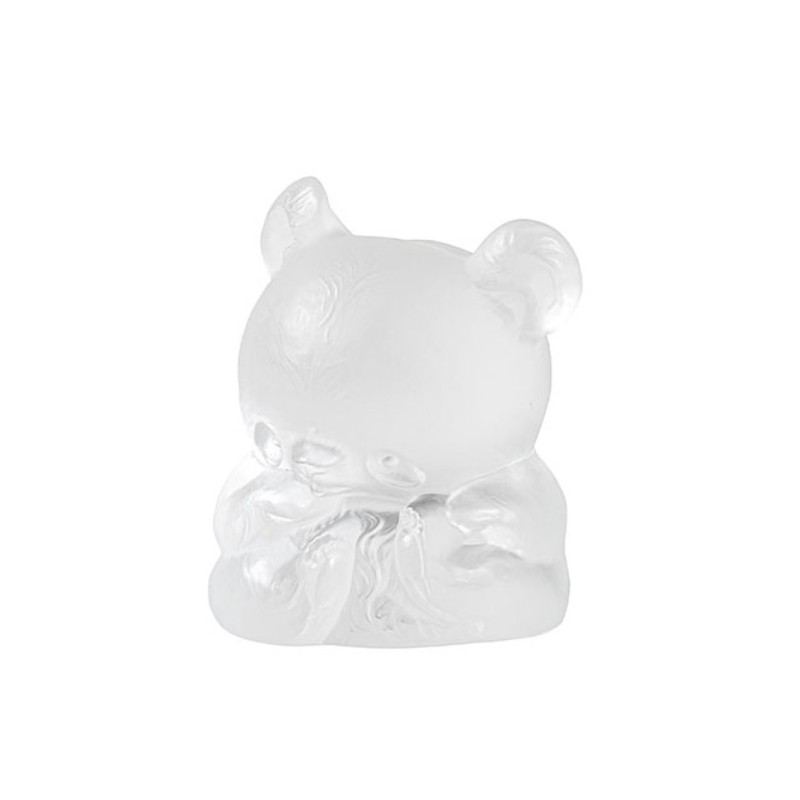